I was reminded today of a post that I’d written as a guest blogger last year for Half-Pint Resale as a way to reach out to those who may not have experienced pregnancy or infant loss to help them understand what to do in those situations and I wanted to include it on this website as well.

I wrote this about 9 months after our daughter Mikayla died, and just a month before we found out that our third child, Chase, had joined his sister in Heaven after just 10 weeks of carrying him.   We had just barely begun planning for our first donation with Mikayla’s Grace.  One our our goals with Mikayla’s Grace has always been to serve not only the families who have a baby in the NICU or are going through the loss of a child, but also those family and friends that support those parents.  You can see the most recently updated list of resources on ourResource Page.

Melissa Terrill is our guest blogger, taking on a topic that often fills so many of us with anxiety.  Melissa and her husband  lost their daughter nearly 9 months ago after she was born at the tender age of 24 weeks.  Melissa is a dear friend of ours and of Half-Pint Resale, and offered to write this post to give us all the tools – the words – the permission some of us may feel we need – to be there for our friends and family who are going through such a tragedy.  She speaks with compassionate but straightforward truth, and we encourage you all to read and to share this important information, so that we can be community and family for one another.

Melissa and Mike and their son Jonathan have also begun a truly wonderful non-profit in honor of their daughter, called Mikayla’s Grace, which seeks to support families with a baby in the NICU and those who experience the death of an infant at Madison area hospitals.  The non-profit provides provides  NICU care packages and angel memory boxes, offering both practical and emotional support for the parents.  There are many ways you can get involved – read on. 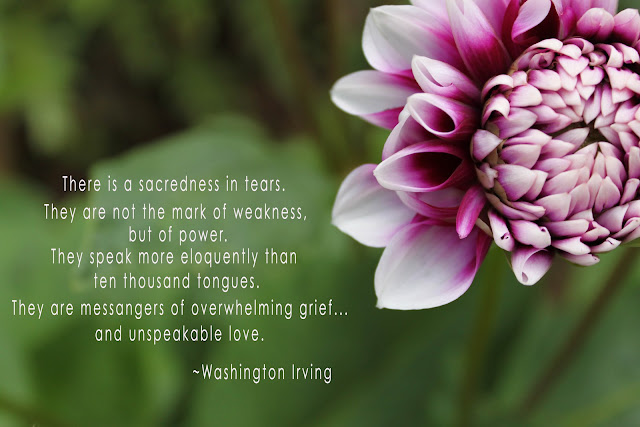 According to 2004 statistics issued by the CDC 15.6% of pregnancies in the United States ended in either a miscarriage or stillbirth.  Which means that most of us have either been directly affected or  know someone who has been affected by the loss of an infant.

My family has experienced this heartache first hand, when our second child Mikayla Grace was born prematurely for unknown reasons at only 24 weeks and 5 days last June.  In one day, our dreams as we knew them came crashing down, when we learned that our daughter would not survive after being alive for only 36 hours.  You can read more of our story here. The world suddenly became a very lonely place, one in which our “new normal” was so unexpected that even those closest to us were at a loss of what to do.

I have learned a great deal through this experience, and I hope that I can share a few things that might help you if someone in your life experiences the death of their child.  It is hard to know what to say to a grieving parent, and I’m almost certain that before Mikayla died I wouldn’t have had a clue either. Our own fear of loss can render us immobile.  One of the most difficult things that a bereaved parent deals with is when people say nothing about the the child that is on their minds every moment of the day.  I remember thinking that it seemed like others had returned to their lives so quickly, leaving us to deal with our grief on our own in many ways.

It was as if people felt like they had to think of the “perfect” thing to say, and if they couldn’t, they just said nothing. There is no “perfect” thing to say. There is nothing you can say to heal the grief of losing a child. But acknowledging and supporting grief is a way to help healing. Please know that the effort of talking about the baby, the loss, and the sadness will be appreciated, even if it’s not “perfect.”  I love this quote by Elizabeth Edwards, whose firstborn child died at age 16,

If you know someone who has lost a child or lost anybody who’s important to them, and you’re afraid to mention them because you think you might make them sad by reminding them that they died, they didn’t forget they died. You’re not reminding them. What you’re reminding them of is that you remember that they lived, and that’s a great, great gift.

Bereaved parents need your loving support more than ever. Please do not stay away or ignore the loss.  Not speaking about it does not lessen its reality. Bring up the subject, and be prepared for tears. Nothing you say will ever make the bereaved parent sadder than the reality of losing a child. Simply allowing a safe space for them to grieve without denying that grief is all that’s required of you. Remember, it is usually the simple things you say or do that mean so much.

There is sacredness in tears. They are not the mark of weakness, but of power. They speak more eloquently than ten thousand tongues. They are messengers of overwhelming grief…and unspeakable love. ~ Washington Irving

It is important to remember, as a friend or family of bereaved parents, that the parents only grieve because they loved so deeply.  Their tears speak this unspeakable love, do not be afraid of their tears.  Do not be afraid to speak the name of the baby that they still love even though the baby is no longer with us.

In discussing this topic with a friend of mine who has not experienced the death of her child, she said ”the two things I would have LOVED to have known immediately are:

Contrary to the widespread notion that “getting over” loss depends on “letting go” of the person who died, many people find that successfully going on with their lives includes finding a new way to feel connected to the person who died.  When I found this on the Sweet Dreams Our Angels website I really connected with it.  I knew that I wanted Mikayla and Chase to have a legacy that would carry on to help other families that have also experienced the loss of a child, and that is why I started our non-profit, Mikayla’s Grace.  To find out how you can help, go here.

Resources for Bereaved Parents and those who want to support them:
Thankfully there are many resources available for bereaved parents and their family members today, and we are fortunate to have a lot of local support groups in Madison and even a doula service especially for families who experience a loss in Madison:
Keep in mind that although most parents will grieve differently, most bereaved parents would appreciate you doing something.  The only wrong thing to do is nothing.  I hope that by sharing my story it will help others that are going through this journey as well.
Special Ways to Remember Babies at the HolidayspreviousThe one who started it all…next